This post takes a quick look back at how the cost of energy in Idaho and the United States has steadily increased over the past decade. The data clearly illustrates that it is important to look to the future (or at least the present), when we are making decisions about the efficiency and performance of buildings. Unfortunately, most critical design and construction decisions are made based on decade(s) old assumptions and the result is “new” buildings that are typically obsolete before they are ever built.

In contrast with electricity and propane, the average cost of delivered natural gas in the United States has only increase 2% over the past decade 3EIA; however, as US fracking companies rapidly consolidate following the recent drop in fossil fuel prices4 and as US exports of natural gas continue to ramp up to match strong global demand5, the flat increase in natural gas pricing is unlikely to hold. 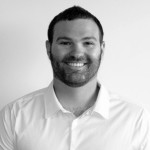 Skylar Swinford
Skylar is an energy and enclosure consultant and founder of ESCO. Skylar lives in Boise, ID and consults on building projects across the Northwest and North America.
Recent Posts
Categories
The Ken
The Ken 3.0 is host of brand new features, key additions and a revamped demo base. All delivered to reassure the creative power of its 2K community of creatives and startups.
Copyright Energy Systems Consultants 2020 All Rights Reserved 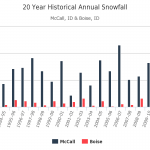